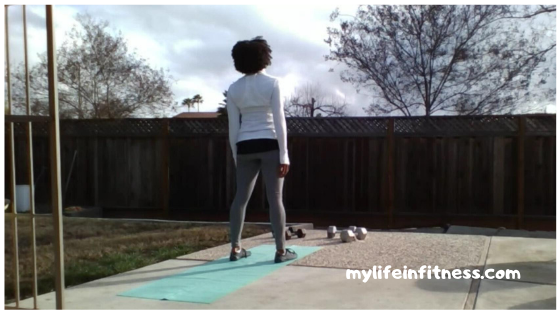 In this world, we are often taught to base our future careers off of what we have already done in the past, along with our strongest skill sets. When I set out to become a group fitness instructor, all I had was a love of kickboxing and a lifetime of playing sports to back me. What I didn’t know was that I lacked many skills, qualities, and habits that were fundamental to a life in fitness. That’s why today I’m sharing 5 Reasons I Shouldn’t Have Become a Group Fitness Instructor.

Who knew that enjoying the workout was completely different from leading and creating engaging group fitness classes? If you’re not up on Myer’s Briggs, a key identifying personality trait is introversion versus extroversion. Whereas extroverts have a tendency to really enjoy being around others, to thrive in social situations, and display a range of positive and intense emotions, introverts are the opposite. They tend to:

I credit John Heringer, Chief Motivator at Fast Action Training (now Method3 Fitness) for being the first to point out that I needed to speak more, get louder, and bring the intensity so I could motivate our clients. I can’t say it was easy, but these are skills I was able to learn and I continue to refine them even now!

If you read my previous blog about That One Year I Joined the Cross Country Team, you got a sampling of what it was like for me to be an athlete with asthma. But the truth is, as an adult I never realized it could have an impact on my chosen career path. In fact, when I first start out as a fitness professional, I didn’t have an inhaler (Remind me to come back to the problem of insurance in a later post). And yet I taught the following formats:

I never actually thought that I couldn’t hang… until I couldn’t anymore. Long story short, I started getting sick due to my workload. When I finally realized it was the asthma, instead of quitting I decided to give up my most intense classes and focus on a path that was more sustainable. I realized that being an asthmatic fitness professional wasn’t a no-go. But for me, avoiding burnout required me to plan smarter, not work harder.

Reason 3: I Was Out of Shape

I discovered fairly quickly after entering into the fitness profession maintaining a full time fitness schedule was physically and mentally demanding to say the least! When I first started out, I taught an average of 4-6 classes each week. After each class shift, which varied in length from one to three classes, I went home and crashed. If I wasn’t working, I was usually sleeping. Even 10 hour nights weren’t enough, until I:

Hey, if my job is to help others get healthier, I had to make sure I was healthy too, from the inside out.

“Weight” and “body fat loss” are major drivers within the fitness industry. Although those words never entered my thoughts when I was doing my research, I’ve heard from instructors all over the country how it affects the way they are viewed and treated. There’s this idea that we should “be the example” for our students. But in my opinion, the goals we set as individuals, both teachers and students, vary widely. Why assume that weight loss is the goal? There are many others:

Most students will never feel skinny. It’s not the instructor’s responsibility to make them feel that way either. But it is our job to deliver an effective and inspiring workout.

Well… zero experience is a bit of an exaggeration. As a matter of fact, in grad school I was a teaching assistant. So I’d given lectures and led labs on how to effective qualitative research. Not to mention that one time I organized and lead a merengue and bachata meetup. But I guess that’s not the same. I’ll never forget that first interview I had.

“So you’ve NEVER lead a group fitness class before?” This was John from FAT.

But it wasn’t a deal breaker. And, seven and a half years later (at the time I’m writing this post), I’m still teaching there. And I owe a huge debt of gratitude to John and his team (especially Lead Coach Keith) for taking a chance on me and for helping me develop the skills I have today. They emphasized the fact that I shared the values and I found very quickly that it was the right studio for me. And over time, I gained more experience, there and at other studios.

I’ve never been one to sweat the details of what I CAN’T do. And what I’ve learned in my career as a fitness professional is that, if there’s something I don’t know how to do, with some time and effort, I can figure it out. As a matter of fact, LEARNING has always been my greatest skill and my favorite thing to do. If you can teach yourself to not only enjoy, but become good at THAT, just imagine what you can do… even if there are reasons you shouldn’t. 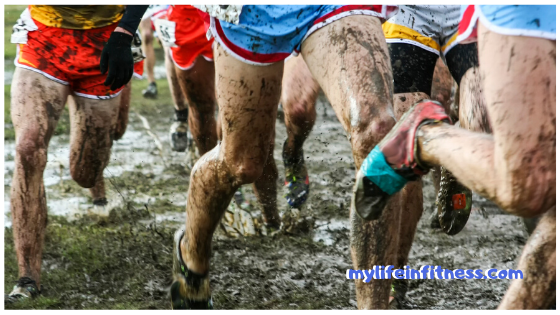 My very first time running a race was in my freshman year of high school. I had this tremendous desire to be stronger, faster, and healthier than ever, so I decided to become a year-round athlete.

Unfortunately, I’d missed pre-season tryouts for all of the fall athletic teams, meaning that the soccer team and the volleyball team were full. That left me with cross-country. At 13, I’d already been playing basketball for 8 years and had danced for almost 10. I had the confidence of a natural-born ninja and was up to try anything.

As a group fitness instructor, I hear students say all the time that they are “bad at running.” But actually…Human beings are wired for running, so most people, despite what they think, aren’t bad at it. They may be de-conditioned, lack the skill to run efficiently, or have some sort of condition that makes difficult or uncomfortable to run. I was the latter case.

Blame It On the Lungs

You may already know this, but for those who don’t… I’m asthmatic.

I was diagnosed at birth. Short version of my story: Despite receiving the horrifyingly misguided news that I would never be able to be physically active, my mom realized very early on that playing sports was my jam! Although I often had to hack and wheeze my way through the 3rd and 4th quarters on the court (constantly yelling “I’m *cough* fine! *hack* to my coach), it never occurred to me that my lung condition would hold me back. That’s why it was particularly shocking for me to realize… I sucked at cross-country!

So All We Do Is Run?

I’ll admit that I joined the team having no idea what what a cross-country team does. So imagine my shock when, at the first practice, I realized that all we were going to do was run the hills around “the Castle,” which was the name we used to describe the property surrounding Presentation of Mary Academy, where the Sisters of the Presentation lived.

Born to Sprint… in Short Bursts

As a basketball player, I was trained for short bursts of speed. I was a natural defender. I could almost always get to the net before the offense did. Good luck getting any cross-court passes by me…

Knowing this, when the team took off for our first run, I was confident. Over-confident. I went out hard. The first 60 seconds were easy peasy. It was everything after that, the next 30-40 minutes (I’m not sure. It felt like hours) that were plain and pure torture. Which burned more? My legs or my lungs? It was hard to tell. And I was baffled, truly baffled by how easy the other girls made it all seem.

I remember standing at the starting line and looking over the grassy terrain of Notredame high school with the following thoughts bouncing through my mind:

Don’t get me wrong. I wasn’t SCARE per se. But there WERE a lot of unknowns. All I really knew was that I had to run. So as I heard the shot go off, I RAN.

These are the things I remember about my first race:

So I guess it wasn’t a COMPLETE and total failure. Despite hating every moment, I stuck with it. Looking back, I can see that for me, that was an accomplishment. That, and the fact that I stayed on the team for the rest of the year (before jumping ship the following fall for my all time love… volleyball!).

Not a Runner. Someone Who Runs

I’m not sure why, but I’ve tortured myself with many more runs since that day. Although I keep my personal workouts on the lighter side these days, to accommodate for the physical demands of my teaching schedule, I like to participate in races once in a while to get back in the runner’s spirit.

In fact, I’m participating in this year’s Silicon Valley Turkey Trot for the first time in a while! I’m actually trying to see how many people I can recruit to run alongside me. After all, it’s not about being GOOD at running. It’s about challenging ourselves to try something with the support of friends around us.

Click Here If You Want to Run the Turkey Trot in San Jose, CA.